Getting to Know Don Zwilling: The Longest-Standing Director at Our Firm

How Did Your Career Start at Barnes Wendling?

After graduating from the University of Dayton in a 1967 summer school ceremony, I was hired by Barnes Wendling and started on September 1, 1967, as a Staff Accountant. When I walked in the door, there were 12 employees, so I was lucky number 13. Most of my time was spent preparing financial statements and tax returns for the firm’s business and individual clients.

After 10 months, I was drafted into the Army in late June 1968, during the height of the Vietnam War. However, with my accounting degree and 10 months of experience with Barnes Wendling, I was assigned to be the Accountant of the Non-Commissioned Officer’s (NCO) Club at Fort Greeley, Alaska. I provided accounting services, prepared financial statements for the NCO Club, and presented them to the Club’s Board of Directors. I also served as the Club’s Assistant Manager, helping with the operation of the restaurants, bars, liquor store, and events facilities of three clubs. I continued improving my accounting skills, along with developing management skills. I was very lucky.

I returned from the Army in late March 1970, after requesting an early-out for seasonal employment. You guessed it…tax season.  Barnes Wendling wrote a letter to support my request and the firm’s need during busy season. The firm also allowed my service time to count toward firm benefits, compensation, and seniority; something I really appreciated. It said a lot to me about Barnes Wendling.

How Has the Firm Allowed You to Grow and Expand Your Skills?

Over the next several years, Barnes Wendling allowed me to continue expanding my technical, client service, and management skills. I became a Partner on April 1, 1976. I was in charge of the Accounting and Auditing Department for eight years. While I liked accounting, I was never a great auditor, nor did I like it. I was also assigned personnel responsibility for eight years and expanded the firm’s presence on college campuses. I’m happy to say that three of my hires are among the current director group: Jeff Neuman (1978), Mike Pappas (1979), and Janine Iacobelli (1983.)

I really enjoyed overseeing the responsibility of various clients, learning their businesses, helping them reach their goals, and developing lifelong friendships along the way. While the firm did a great job summarizing the past with financial statements and tax returns, many clients appreciated a look to the future and assistance with their financial planning. One of the steps in financial planning involved the valuation of their business. In 1980, the firm allowed me to pursue this business valuation specialty. While it was slow to develop in the first few years, business valuation classes became more prolific in the mid-’80s, which helped us hone the necessary skills and create a formal department. This led to professional certifications for CPAs in the mid to late ’90s, which allowed us to flourish at a high level for the past 25 years and increase our annual revenue.

The point here is the firm’s philosophy of allowing for the development of a non-traditional service. If an individual has an idea and the willingness to pursue a specialty, and it fits in within the firm’s plans, then the firm will support the effort.

What Was an Important Concept You Brought to the Firm during Your Career?

In my later active years, around age 60+, something became obvious to me in my professional life. As I grew older, and my clients grew older, their needs changed. They became more concerned about business succession, retirement, and estate planning. And with the trusting relationships established over many years, many clients looked to us to assist and fulfill important roles such as family advisor, trustee, and executor.

A thought to those looking for an idea; the Baby Boomer generation produced a huge spike in the birth rate between 1946 and 1964. About half of them have retired, and there are still large numbers in the other half who are looking for financial guidance at this stage of their lives. Many of them will need assistance with business succession, retirement, and estate planning services. Also, their family members too will need financial planning ideas to care for their aging parents.

It’s been a great career for me, and it fits both my personal goals and family life. Barnes Wendling has experienced controlled growth every step along the way of my 54 years. We’ve grown from a dozen people when I started to between 80 and 90 people today.

What Is the Best Piece of Advice You Would Be Interested in Sharing?

If there’s one thing I try to live by, it’s the Golden Rule; “Treat others as you would wish to be treated.” I’ve been far from perfect with this, but I try. But I know the firm leads with this, as well. And they have done a better job than I have. They have 75 years of success to show for it! 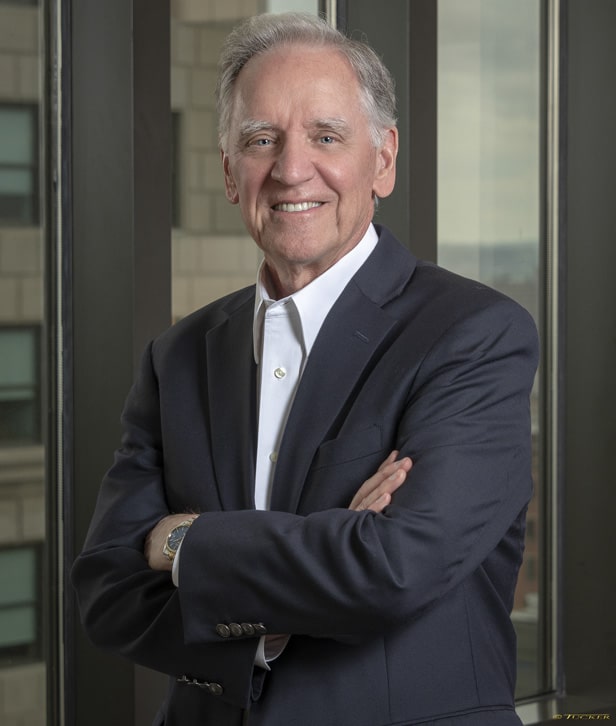 Subscribe to one or more of our newsletters specifically designed with your industry and service needs in mind.

Barnes Wendling has provided us guidance and recommendations that have strategically helped strengthen our business and position ourselves for growth. We needed to hire a new VP of Finance and Controller this past year, and they were instrumental in helping us find the best candidates for our company.

We value the trust, accuracy of information, and reliability of Barnes Wendling and Mike Essenmacher personally. Mike has been instrumental as a trusted advisor on accounting, tax, and personnel issues. His advice is always accurate, and he is very reliable. His associates are also very talented.

We value Barnes Wendling’s expertise with all things accounting so we can operate our business using our strengths and allowing them to be our experts. They have also brought me a few business sale opportunities to allow me to grow my assets.